The Ross Group is proud to represent Firefly Distillery & Spirits—The Firefly Distillery was founded by Scott Newitt and Jim Irvin, and is located on Wadmalaw Island, SC. Jim Irvin started Irvin House Vineyards with his wife Ann while Scott was in the wine industry in Charleston. They became friends and they both shared a vision to build a distillery and started with Muscadine Vodka. In 2008, Firefly made the world’s first Sweet Tea Vodka. Then in 2013, Firefly introduced Firefly Moonshine. A raw, southern spirit, enjoyed best “straight out of the jar!”

We named our distillery Firefly because Fireflies are magical. We remember catching them in mason jars and we love that feeling of mystery and southern nostalgia.
– Scott Newitt 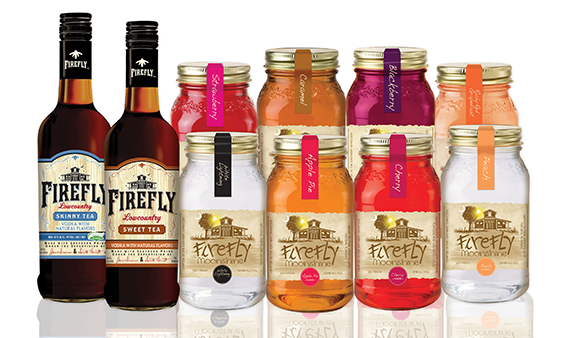